In the dimly lit Audiology room, 10-year-old Babu emanates energy and good cheer. Accompanied by his mother, he seems excited about his Avaz communication therapy session with his teacher Ms. Radhamani. Babu has cerebral palsy and is quadriplegic.  This doesn’t stop him from having fun with the people around him.

Before sitting in on his session; a struggle between him, the teacher, and Avaz was anticipated. However, the reality was far from what was envisioned. In the next forty-five minutes that was spent with Babu, many wonderfully lighthearted moments were shared. He joked with his mother and giggled. And saw his mother’s beaming pride as he navigated the device to speak his mind.

Of the many instances that were spent with Babu, one stood out in particular because it was – for lack of a better way of putting it – super cute.

His teacher asked him about his favorite foods. Babu quickly navigated the screens with his little finger, scrolling up and down searching for his choice. Then looking up at his mother, his face broke into a naughty smile. Biryani (Indian spiced rice), he tapped. Biryani, biryani, biryani, he persisted laughing all the while. Soon, everyone joined in and his mother happily said to Ms. Radhamani “Yes, he really does love biryani”. Using Avaz, Babu was also able to tell his teacher what he wanted to eat for lunch, and his mother was more than happy to comply.

Another instance was when Ms. Radhamani asked him about his family. With almost no hesitation, he tapped on ‘brother’, to the delight of his mom. “He really loves his brother”, she said proudly. But Ms. Radhamani wanted to go further. She wanted him to name the members of his family in order of age. With a little encouragement, he was soon able to tap on Father, Mother, and Brother in that order.

Babu’s success with Avaz is a testimonial to the device’s potential to help a child communicate. Babu has only used Avaz for two weeks (yes, ONLY two weeks!), and he has already advanced from picture mode to text mode.

A combination of his lessons, individual and group Avaz sessions, and a consistent use of AAC at home – has enabled Babu to make great progress. He has developed his sight reading skills and is now able to better communicate his thoughts and preferences. At the end of the session, he ended by tapping on Thank You. The emotions and pride felt by Babu’s mother were very evident.

From this interaction, we were able to observe what seemed to work for Babu and what didn’t. We were able to put together some tips to facilitate effective engagement with any AAC device or app.

Most importantly, keep providing positive reinforcement to help the child stay motivated to use the device.

AAC is all about making connections 😍 The ability to… 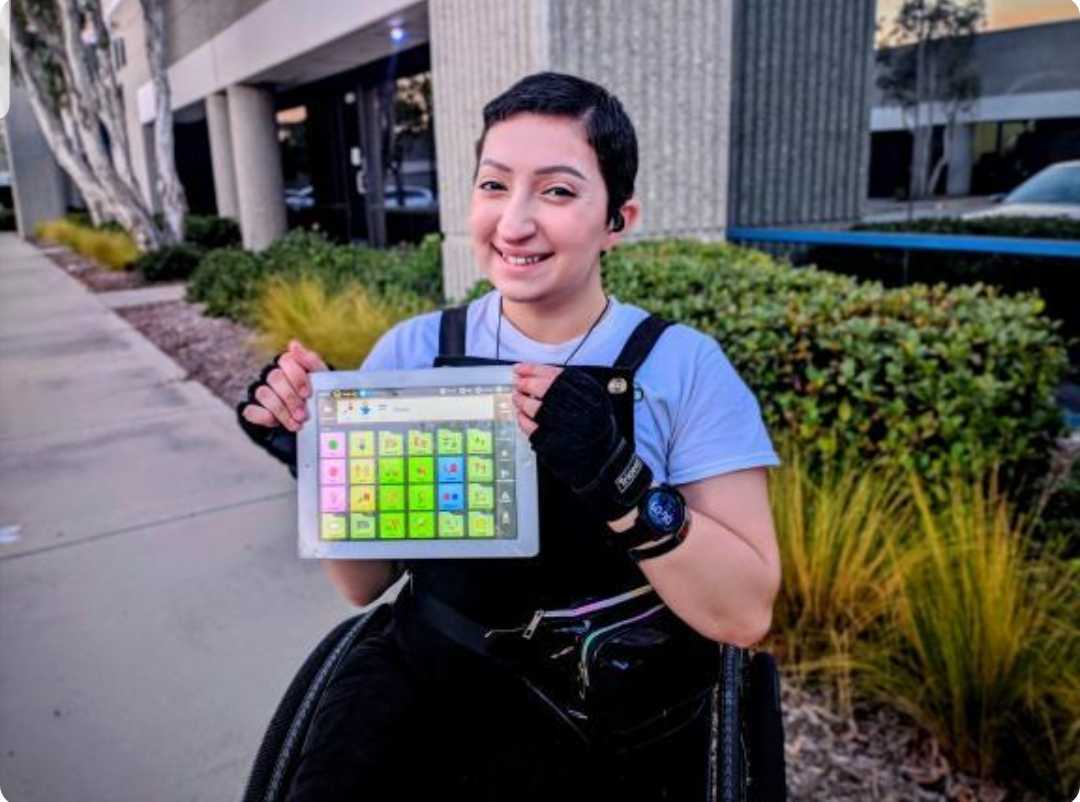 Drewy NovaClara Curious is a  Model, actor, and a disability…

How Avaz Made our Lives Simpler: Tanisha’s Communication Journey

The communication journey of each Avaz AAC user is unique.…