A Comprehensive Look at Echolalia Definition, Types, and Purposes

Echolalia is common among people with autism spectrum disorder (ASD). Emerging studies have questioned the long-held belief that echolalic speech may have no purpose. Read on to learn about echolalia definition, the different types, and the corresponding speech patterns.

An individual with echolalia repeats or imitates words or phrases they hear. Verbal repetition is seen in all young children as they begin to communicate. In fact, it is a vital part of their language learning and development. But, as they grow older, children generally start expressing their own thoughts through their words, in addition to verbal imitation. Children with ASD, on the other hand, tend to have echolalia longer than typical children.

Echolalia used to be dismissed as a behaviour with no communicative intent. But every behaviour has a function Recent studies have shown that echolalia may be a part of the child’s attempt to have a meaningful exchange. A growing number of experts reiterate the need to understand a child’s echolalia. They believe that with the right intervention techniques, parents, teachers, therapists and can help the communicator to move beyond verbal repetition.

Children with ASD can learn language as phrases or a string of words, and associate them with situations.  They may do so without understanding the meaning of individual words. This may lead them to utter phrases that might seem out of place. But on careful observation, you may be able to understand the communicative intent behind their random utterances.

For example, the child may say, “Is this your sister?”, while meaning to say “This is my sister.”

Similarly, the child may utter phrases from movies or TV shows they have been watching. For instance, the child may say, “Okay, bye” when they did not get to play with their favourite toy. This might seem irrelevant to those who are unfamiliar with the TV show or movie. But that may be the child’s way of expressing their disappointment because a  character in a movie they watched used the exact phrase to convey their disappointment.

Here are some of the ways and purposes for which interactive echolalia may manifest. This may help you identify similar cues in your child, or those you work with.

The child may say “Would you like a sandwich?” around lunchtime. It might look like the child is just repeating what they heard earlier. But that may be the child’s way of requesting a sandwich.

The child may say, “Ahh..This chair is just right” if they wanted someone to read them the story of ‘Goldilock and the three bears’.

Showing Approval or Disapproval
The child may say, “Don’t you want to play now?” instead of saying, “I don’t want to play now’. Similarly, if the child is asked, “Did you like the movie?”, they may repeat the question to say that they liked the movie.

A child may sing, ‘Hush little baby’ to say that they want to go to sleep. A parent may be able to make the connection because they sing it to the child while putting them to bed.

The child might repeat any gibberish or phrases that drew the attention of their parents or teachers earlier, to get their attention again.

Non-interactive echolalia may not have a communicative intent. But it is important to the child in their process of making sense of the world around them. Here are some ways in which children may use this.

The child sings a song or repeats dialogues from a movie they watched earlier. These utterances are generally not intended for communication and maybe for self-stimulation.

The child’s utterances might be because an object, event, or a person caught their attention. For example, when they see an apple in the local supermarket, they may sing a song from the apple juice TV commercial.

The child may repeatedly whisper a phrase to themselves before uttering the same in a normal voice. This may be a way of preparing themselves for the upcoming interaction.

The child may instruct themselves as they perform an activity. For example, if the child wants to put away the toys, they might say, “Pick up the truck, then pick up the car, put them in the toy box.”

The child may point out to random objects or actions and label them repeatedly. For example, the child may notice a fruit and repeatedly say, “Fruits. Fruits are healthy.” The child may do so without intending to request a fruit. This may be the child’s way of using words to learn language.

Tags:Echolalia
previousAAC and Smart Assistants: A Productive Partnership
next5 Ways to Make Thanksgiving a Fun Experience for Children with Special Needs 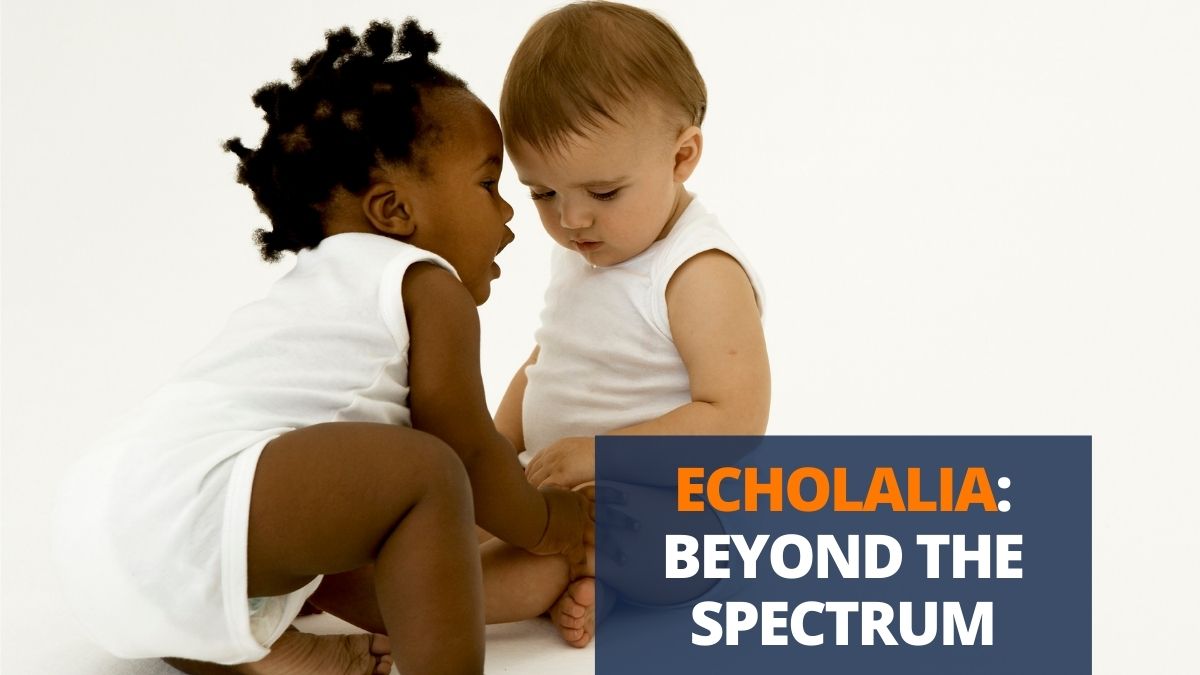 Echolalia: Outside the Spectrum

Many early child language researchers are acknowledging the role of…

Read More »Echolalia: Outside the Spectrum 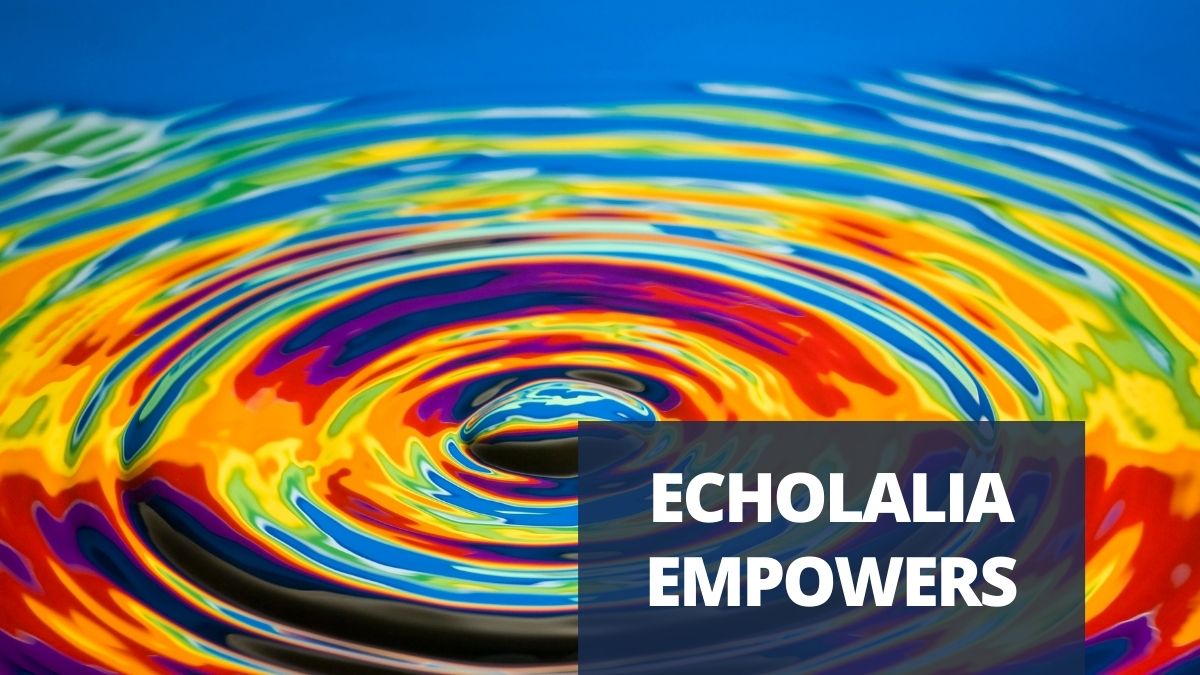 Echolalia is an important stepping stone to communication for many…